Why MCOT's teapots are better?

Due to the fact that the double layer cups (50 ml) are made out of blown glass, they all have a little hole underneath. If you steep into water for excessive time, water might infiltrate and get stuck between the two layers. Therefore, this is what you should do when it unfortunately happens (not all the time).

-Let the little cup cool down

-Puor boiling water into the cup and the liquid will come out by itself according to the law of temperature. As temperature increases, air molecules will expand to push the water out.

-Then gently tap the bottom of the cup with a towel or napkin to remove the little drop left.

How to choose "My Cup of Tea"? 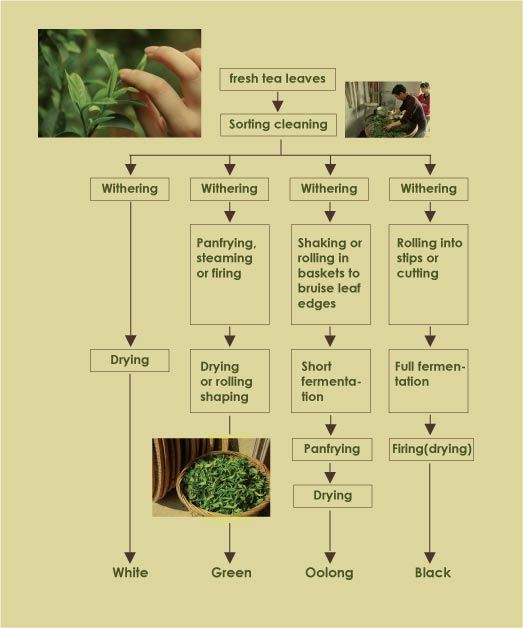 2010-03-18 | Posted in Tea Info
There is no such thing as a "miracle" weight loss food or drug - however there are many indications that Green Tea brings a number of benefits to those trying lose weight:

Studies have also shown green tea extracts are capable of reducing fat digestion by inhibiting digestive enzymes. Others have shown thermogenic properties of green tea (probably brought on by the interaction between its caffeine content, and catechin polyphenols)Thermogenesis is the process of the body burning fuel (fat) without making chemical energy (the calories are released as heat).

However if you are overweight or obese - and change nothing else in your life except to start drinking green tea - you are not going to have an instant weight loss miracle! But the benefits to your health are not to be sniffed at.

Combined with other weight loss techniques, Green Tea (drink or extract) is an excellent addition to your diet. 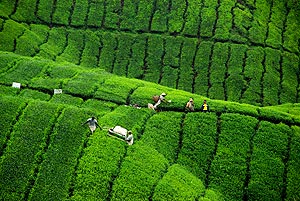 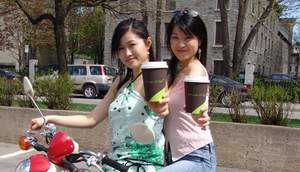 All figures are approximate, especially with coffee.
Different varietals can have different caffeine content, and the way the coffee is roasted can also change the values. 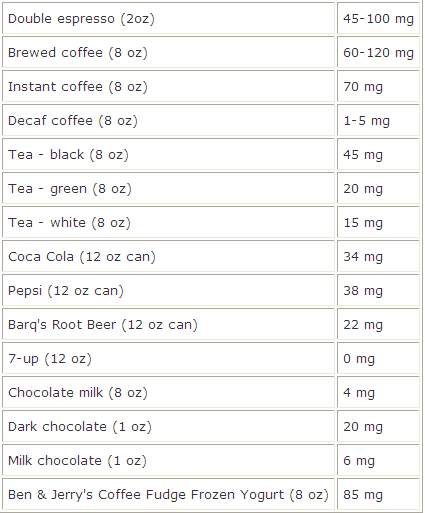 This is another traditional chinese remedy against minor illnesses. For those who suffered from itchy throat due to seasonal changes, this will be an easy remedy.

Ingredients:
- 6 to 7 pieces of dried Chinese licorice root (could be find in any chinese herbs stores)
- 2 to 5g tea leaves of your choice
- 3 cups of water

Put all licorice root pieces with the tea leaves in a tea pot.
Boil 3 cups of water.
Poor the boiling water into the tea pot containing the ingredients.
Let it infusion for 5 minutes before drinking.

A simple step towards well-being!